Kurt Dirt: The Duke of Puke 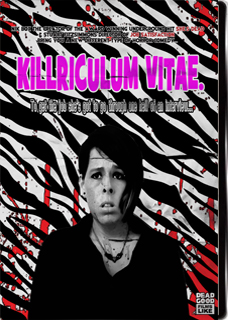 Killriculum Vitae was shot in 2014, & is a companion piece to DGFL's breakthrough feature 'She's Dead'. Currently in post-production, the release date has been delayed due to technical problems.

Currently in production, with a planned release later in 2016.

Stories from the End of the World

A new series  from director Stuart Fitzsimmons, currently in pre-production.

Also currently in development & pre-production:
He's Dead.  A sequel/prequel to She's Dead.
The Lost.  A feature length adaptation of the short film DGFL made for the May Comic Con Film Race.
The Psychic Awakening of Julia.  A comedy giallo sci-fi, like a strange mix of Dario Argento and Douglas Adams.
Suicide Preachers.  A reworking of the "lost" 2012 DGFL feature, which had to be abandoned when most of the footage was destroyed.
The 12 Slays of Christmas. A promotional teaser trailer for this festive slasher film was released in 2013, but full scripting is not yet complete.
Powered by